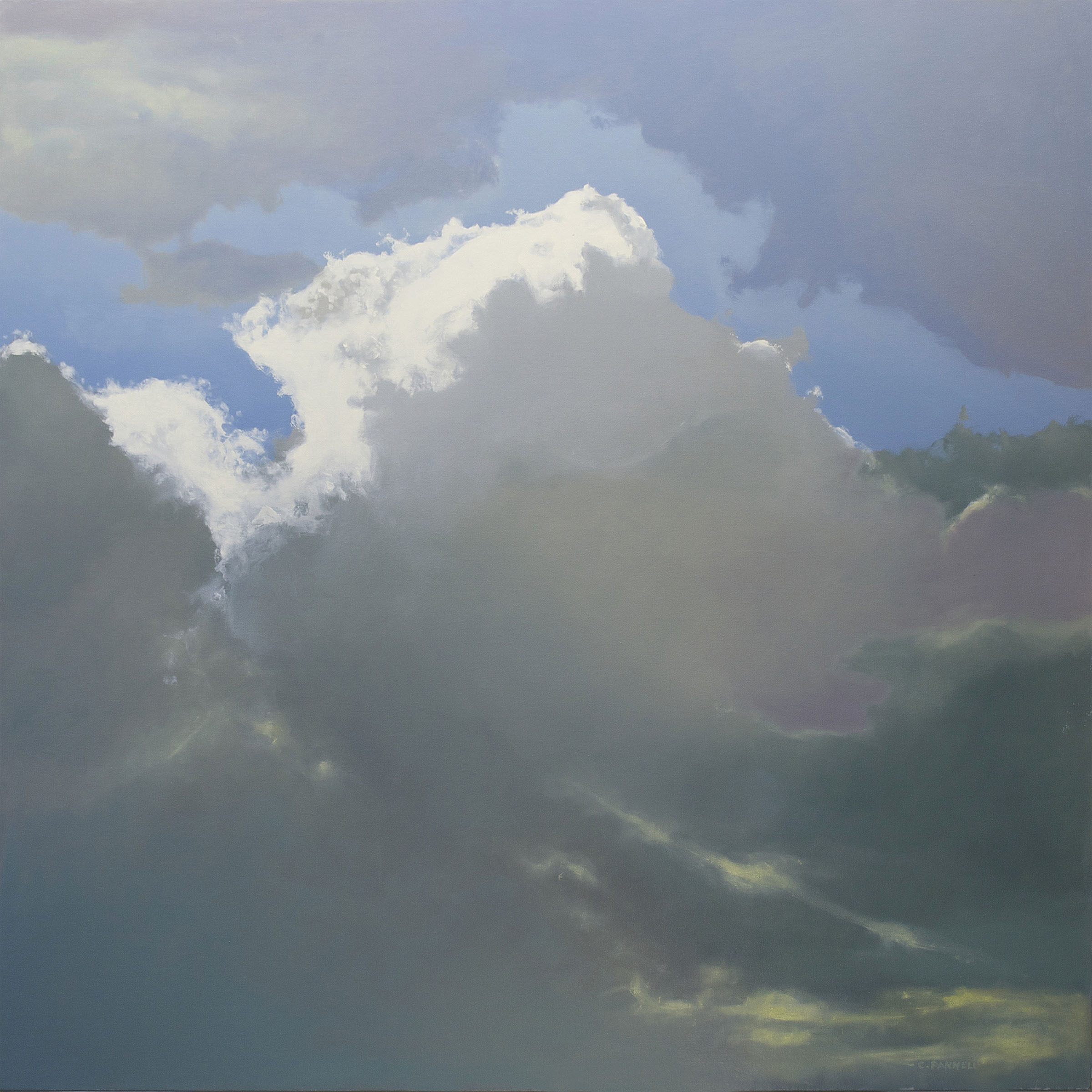 What made you decide to produce art or become an artist?

I’ve been drawing since I was four so art was not a conscious decision by me. A decision had already been made for me. The visual arts have always been a part of my life. My mother was a housewife and amateur painter so she was a constant source of encouragement. The smell of linseed oil and turpentine was as familiar (and as comforting) to me as the smell of her baking.
My dad was a gas well production foreman so for him art was an unfamiliar pursuit. He neither encouraged nor discouraged me but he instilled in me a strong work ethic by his dedication and actions.
And art is work. I would rather be referred to as a painter rather than an artist because to me painting confers constant, intense effort. I have always cringed at being called an artist because it sounds effete. It doesn’t sound like effort or sweat, or hard work. Art is hard work. It’s a calling, but it’s a job. Albeit a great job.

I have been a graphic designer and illustrator– two fields which require that one must fulfill a client’s request or need while still producing work that is gratifying. Basically, it is problem solving. How do I execute this job so it’s different, or refreshing, or brilliant? How can I make something that others will admire? That’s how I approach painting. I set for myself the goal of doing a landscape or cloudscape so it possesses a quality or element I don’t see in the work of other painters I respect. I try to imbue a painting with a spiritual quality. A work that reflects the power, wonder, and beauty of nature.

What has influenced or inspired you most?

Oh boy. Where to begin?

1. I have always admired the work of graphic designer and illustrator Milton Glaser, a man who constantly re-invents himself. He is as accomplished in concept as he is in execution.

2. The later work of nineteenth century landscape painter George Inness for his atmosphere.

3. Degas for his draftsmanship.

4. Contemporary German painter Gerhard Richter who is brilliant in both abstract and representational work for his skill and versatility.

5. Vermeer for his light.

6. Norwegian painter Odd Nerdrum for his odd (no pun intended) and provocative subject matter and brushwork.

7. There are so many others too numerous to mention. 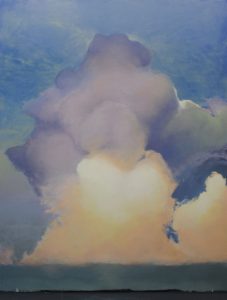 I use oils. I do a lot of glazing and oils are best for that technique.

I was on a car trip along the Gulf coast with my sons. The warm moist air forms incredibly magnificent clouds. They remind me of the clouds out west. I began taking pics through the windshield. I thought they would make for interesting paintings, and they have. I switch to landscapes as a break from the clouds. On both subjects I tend to focus on an element that makes it stand out, whether it’s the light, an interesting tree, reflection off water, etc. Considering my design background the work sometimes takes on a graphic quality. 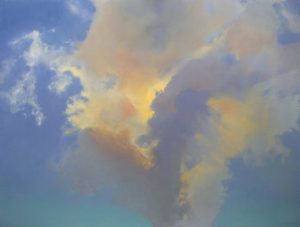 In 2015 I was a finalist for the Hunting Art Prize in Houston, Texas. The Hunting Prize is one of the largest prizes in the country at $50,000.

In 2013 I became an official artist for the U.S. Postal Service with a stamp I illustrated, a portrait of American writer O. Henry.

In the early 2000s I was awarded a lifetime achievement award by the Dallas Society of Visual Communications for my design and illustration. I was flattered because this award has gone to several nationally recognized designers and illustrators.