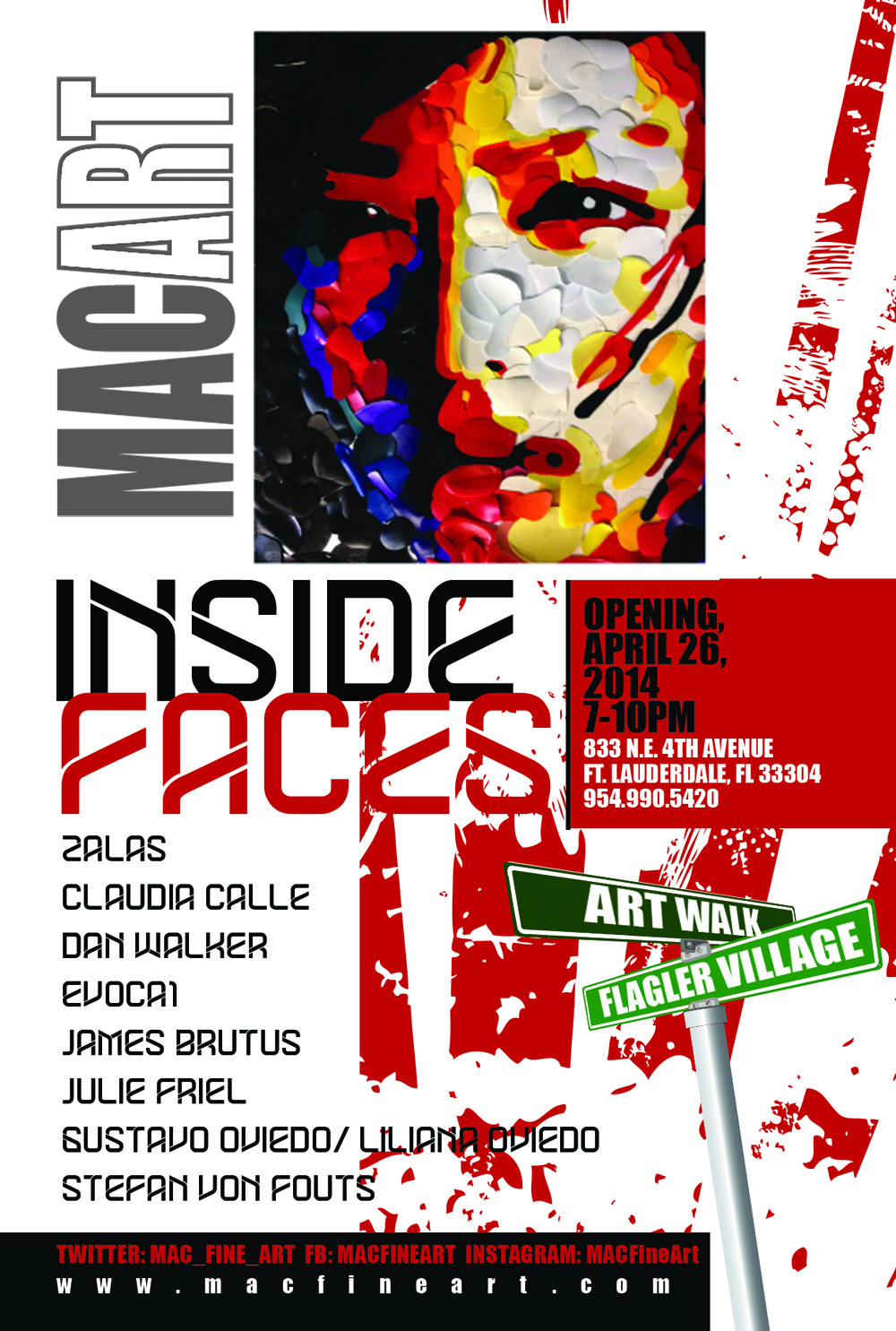 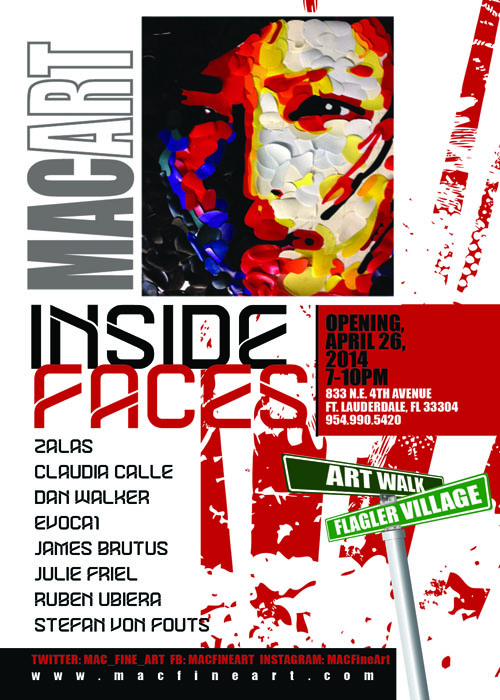 Most street artists early in the graffiti movement wouldn’t show their faces, and their visual aesthetics was mainly a font-­‐based style. Much has changed since then, for example, Gregos, a street artist from Paris uses his own face on walls across the world. In general, street art has become a rising creative industry with international influences.

But far from the common objectification we find in some of today’s street art, this particular group of artists who are mainly street artists, have a strong connection to these FACES.

The artists in this exhibition cite from iconic historical images as 2alas, to controversial socio-­‐political references used by Claudia Calle, James Brutus and Evoca1; to the anthropomorphic imagery created by Julie Friel’s imagination. Dan Walker uses found objects and re-­‐uses them as palette to create portraits of random ‘found’ people. Stefan Von Fouts recycles not only objects but also ideas in order to seduce the viewer to examine commercial fads and appetites. “The gorilla in the room” by Ruben Ubiera is a metaphor for what’s happening with street art today: “post graffism…the art no one wanted to call art, but its now staring right at you”.

With the fast paced world we live in, we sense that life is like a rat-­‐race existence where everything is temporary and transient, example, street art on exterior walls. By bringing the message these artists render inside the walls of an art space, we try to hold the missive a bit longer.