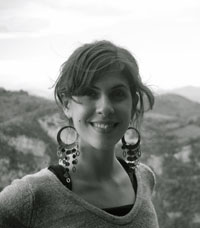 I was born on April 7, 1983 in Mexico City. Since I was very young I discovered my vocation and have never stopped exploring in the arts my way. I started as a child in Dana Aerendund´s La Osamenta studio and during my teens I worked at her side in the engraving workshop on metals and retrieval technique of heleograbado. I explored different painting techniques and materials and discovered the realism as a form of expression and identify my own language. I subsequently formed alongside Erick Masse whom later I attended in different murals. I have always considered myself as a thirsty working artist so a went to the Academy of Fine Arts in Bologna, Italy to study the classical techniques. Concluded my experience in Italy i have followed my path as an autodidact.