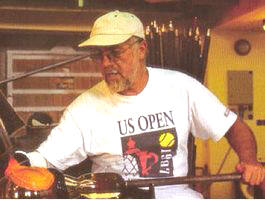 If the eyes could taste, they would have a feast with Leon Applebaum’s thickly layered blown glass work. Applebaum’s glass work awakens the senses with his delicious color, texture and enhanced optics. His designs celebrate the frozen liquidity of glass using the color spectrum and trapped air bubbles.
Another aspect of Leon’s glass work is his exploration of visual dimensions of massive glass and reflective interiors. He playfully either uses hand tools to shape and imprint the molten material or with crafty cold working he cuts and engraves windows and points of view into the work. In some of his sculptures, he juxtaposes cold worked blown elements with optically enhanced ones and takes the whole into their balance of weight limits of geometry askew.

Leon Applebaum’s career of making art glass is the prime example of the American studio glass movement. Literally beginning in the late 1960’s at Toledo Museum of Art’s history making hot glass garage, Leon enthusiastically embraced glass blowing and embarked upon his creative journey.
While developing his skills, Leon helped to spread the studio model. With ingenuity, passion and small group efforts, Leon built glass studios at Massachusetts College of Art, Peabody College at Vanderbilt, the New Jersey’s first Millville CGCA and several glass studios throughout New York’s Finger Lakes Region, the historical heart of American art glassmaking.
As with other now famous American studio glass artists, Leon Applebaum has sought to expand and improve his skill level by study and work in Europe. Initially working for a year at Sweden’s KostaBoda/Orrefors, much later Leon has been inspired and reinvigorated by Czech Republic’s Novy Bor region of glass making skill, including designing at International Glass Symposium’s there.
Throughout Leon’s enduring career, he has designed, blown and cold-worked an enormously productive and broadly beloved body of glasswork, which has been and remains to be enjoyed and appreciated by the American public. Yet throughout his iconic career, Leon has continued to maintain the humble and persevering attitude of the student of life.
“Glass has been a metaphor for my life- healing, teaching and growing- it has shaped my life” 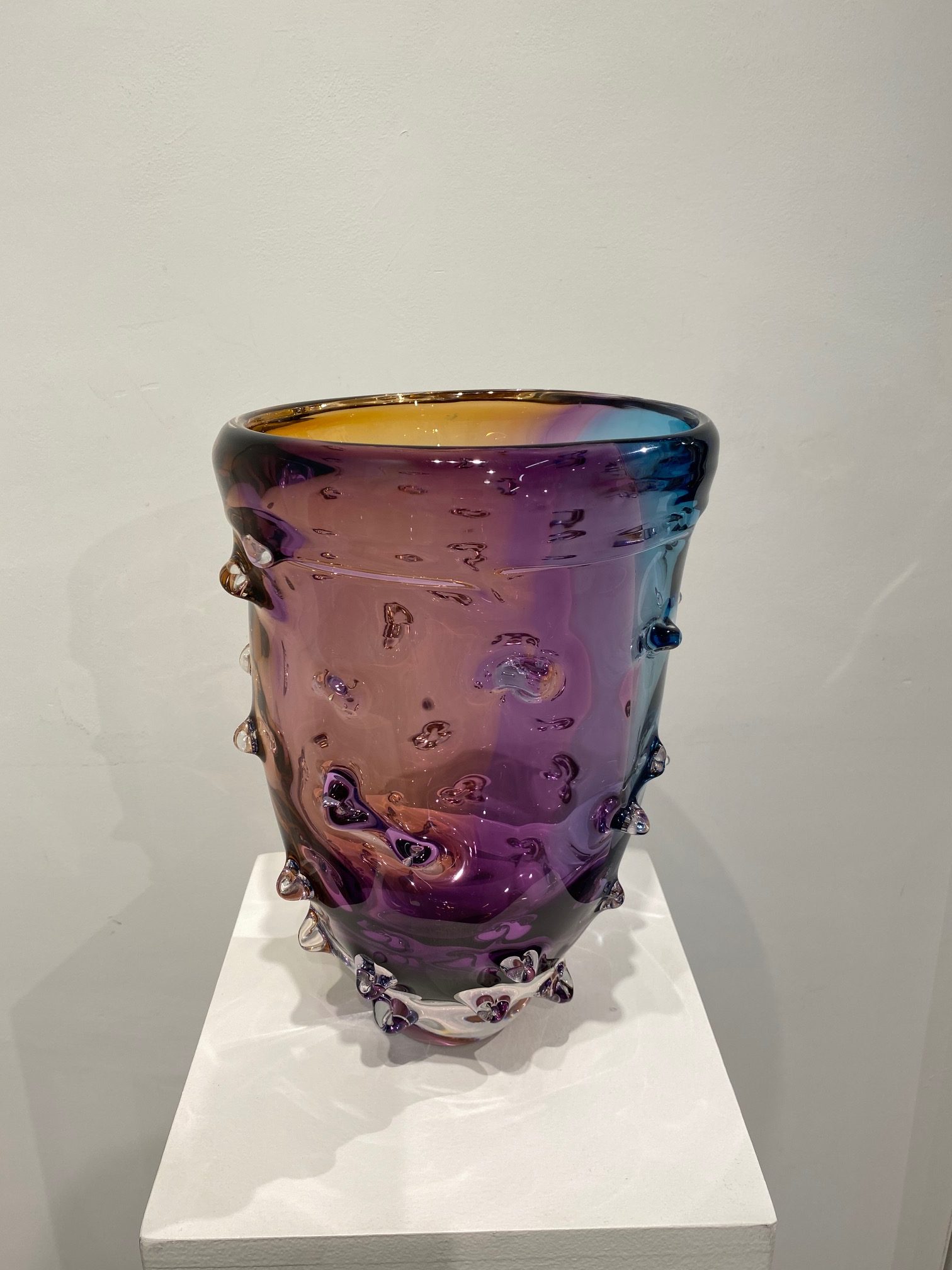 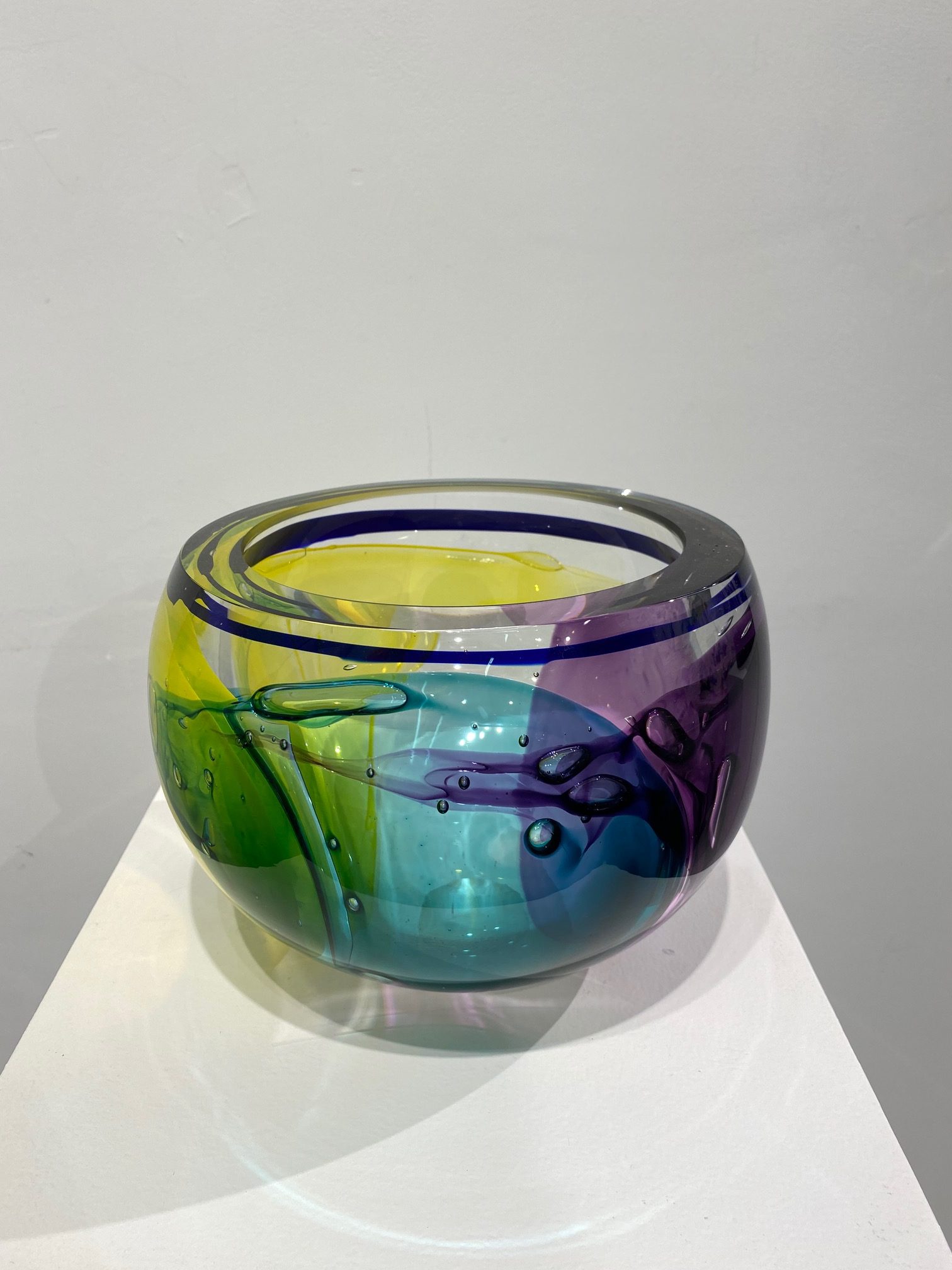 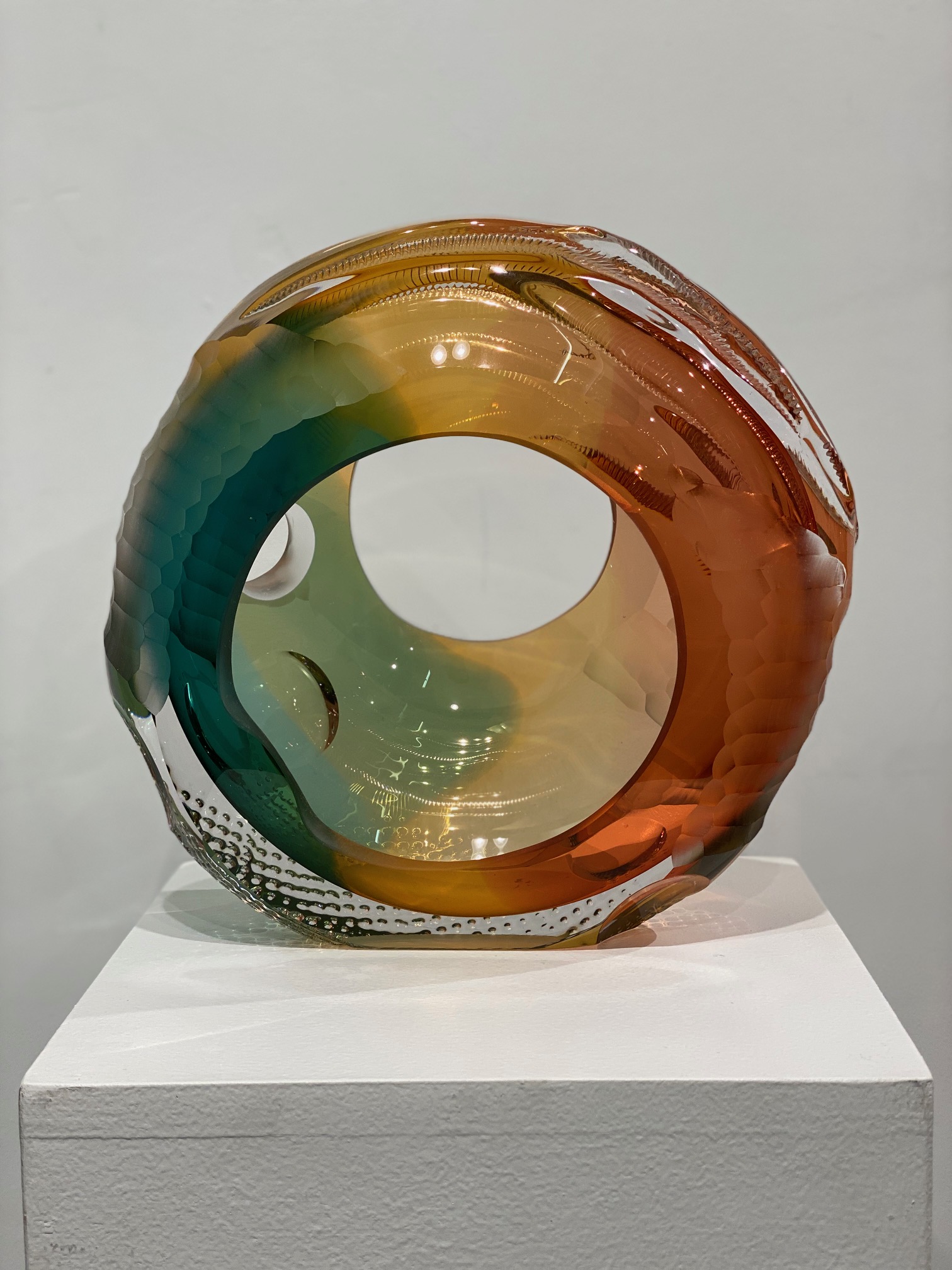 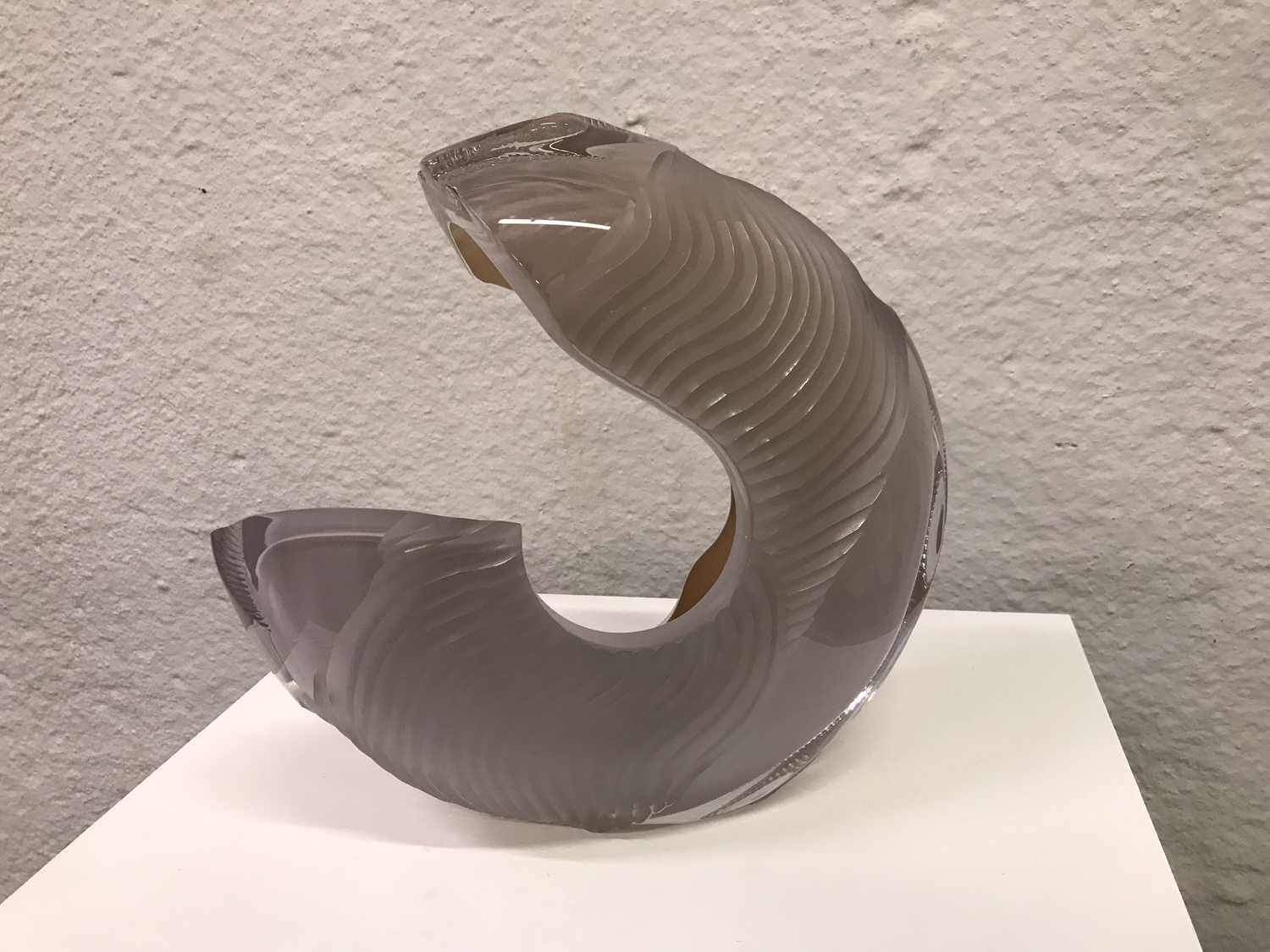 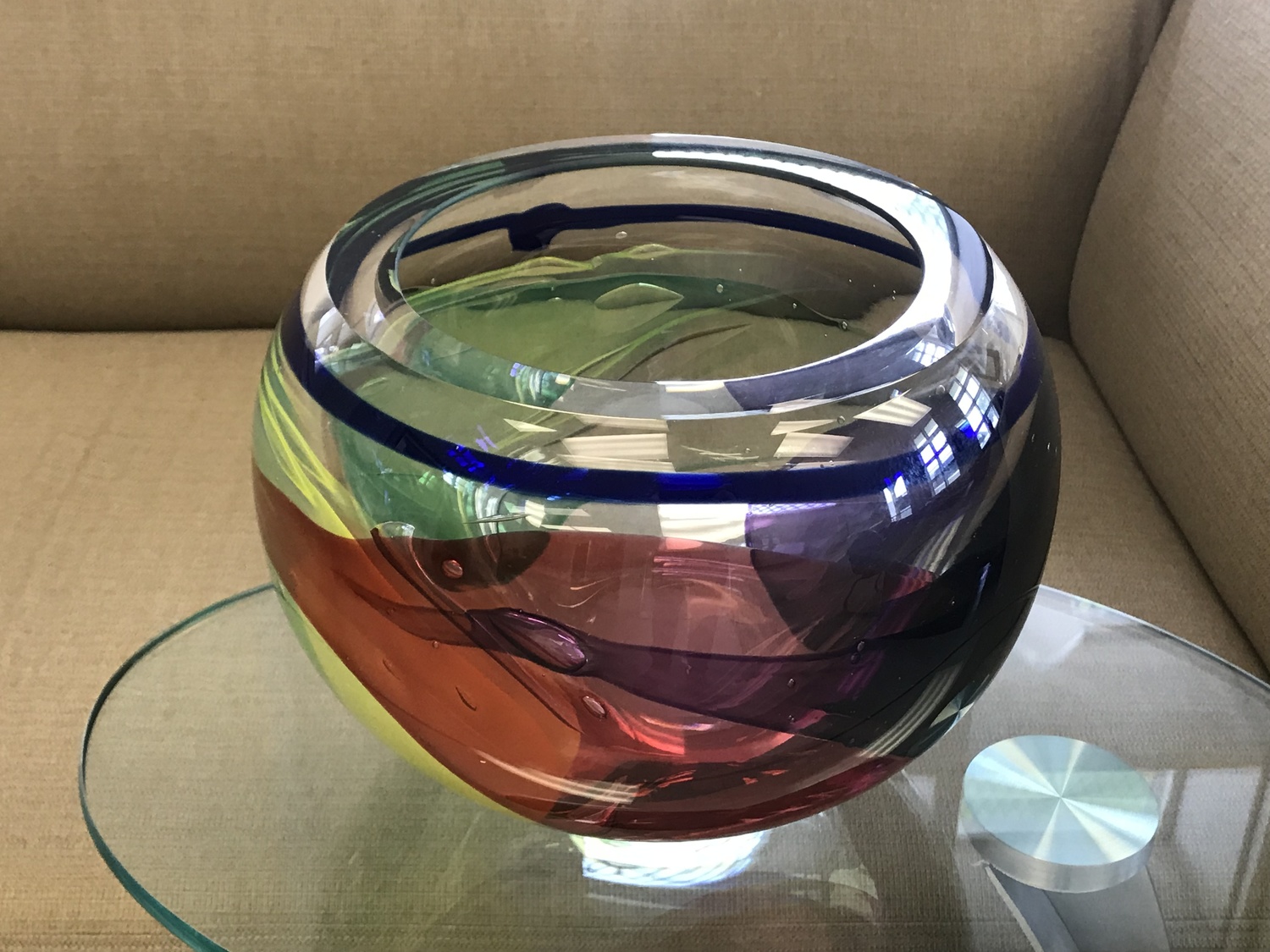 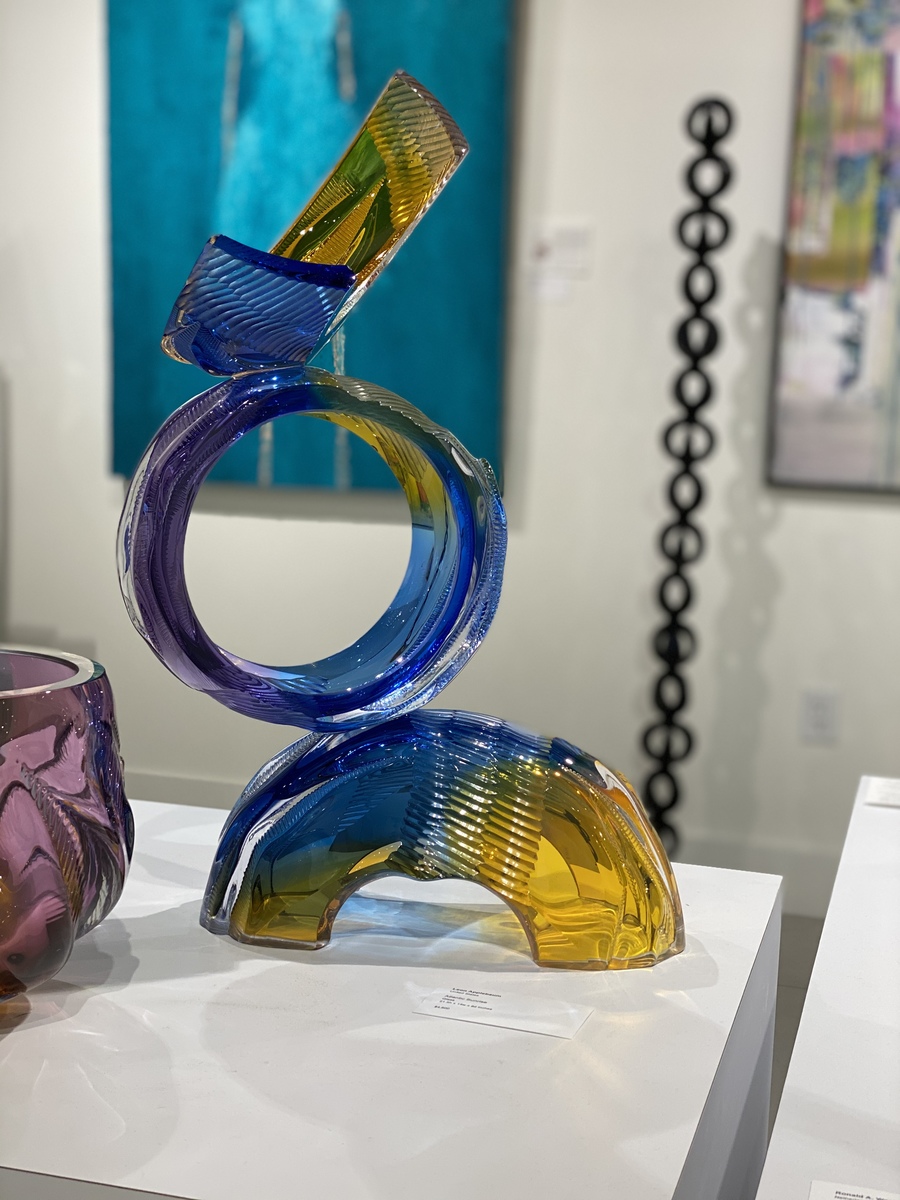 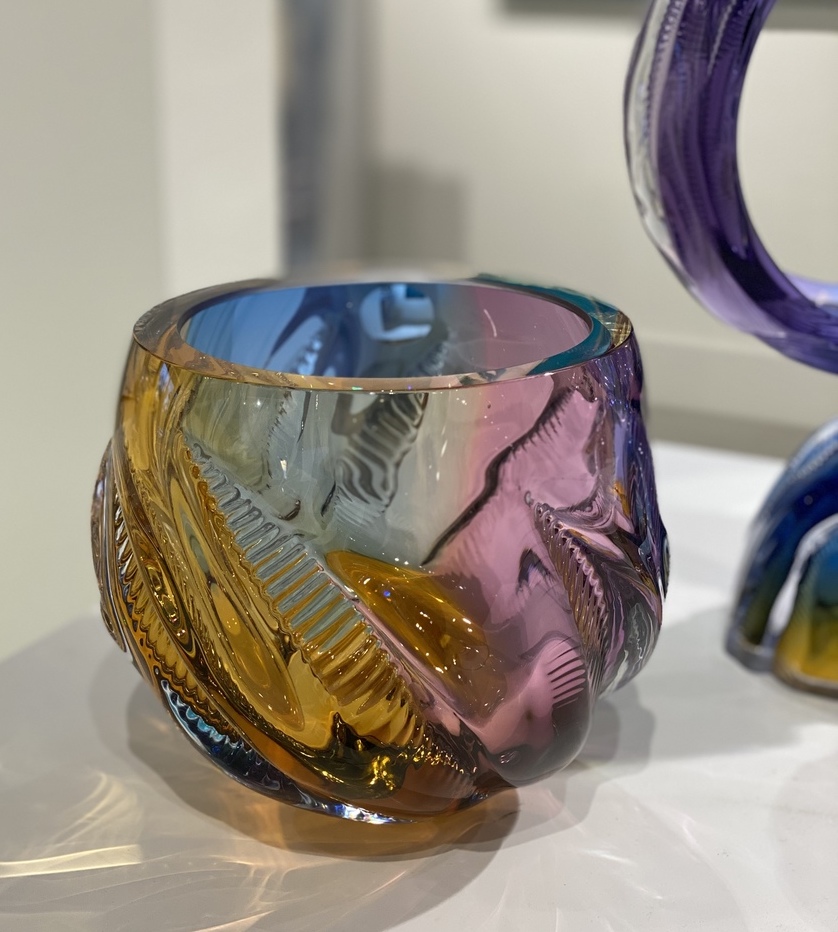 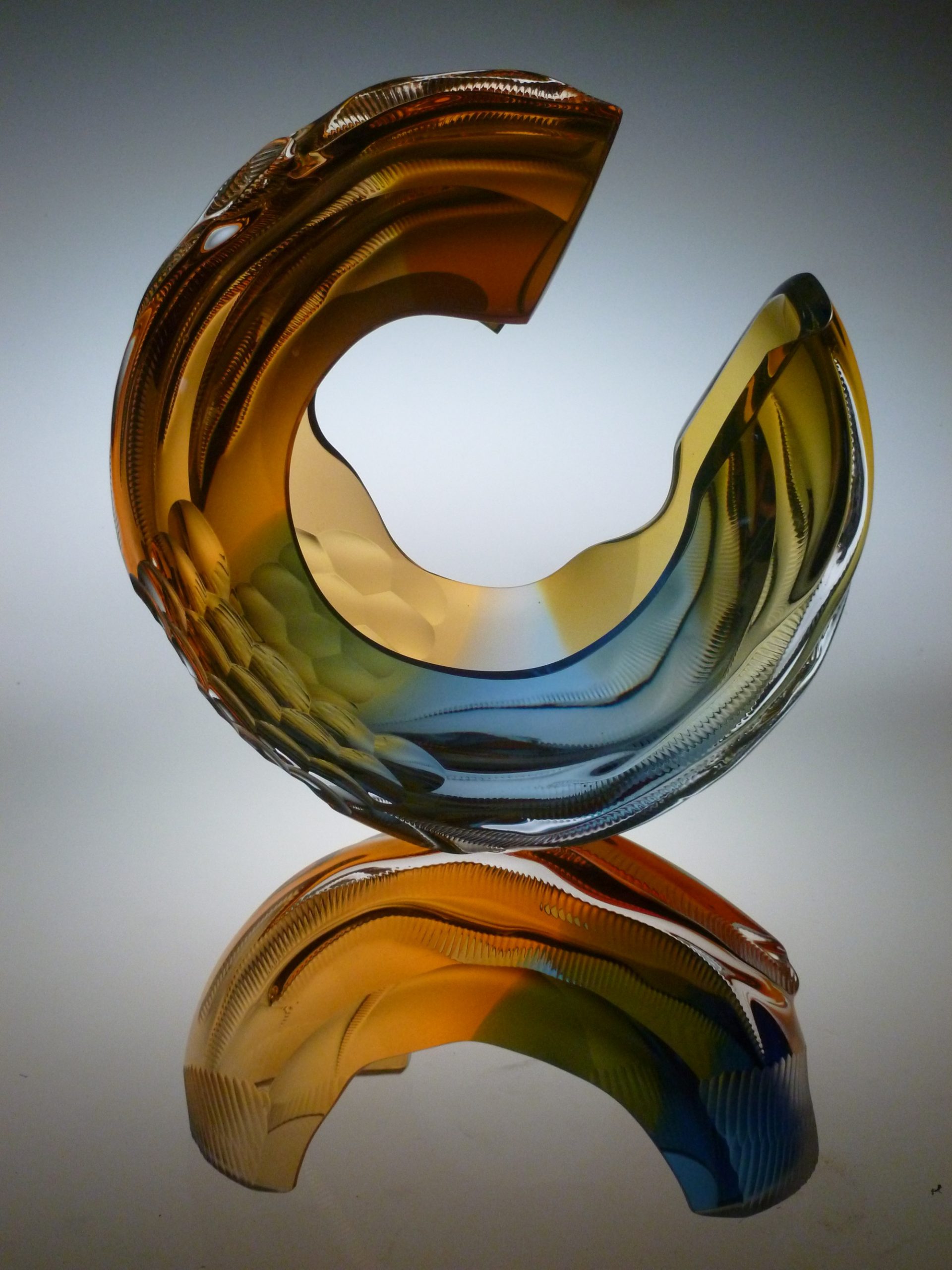 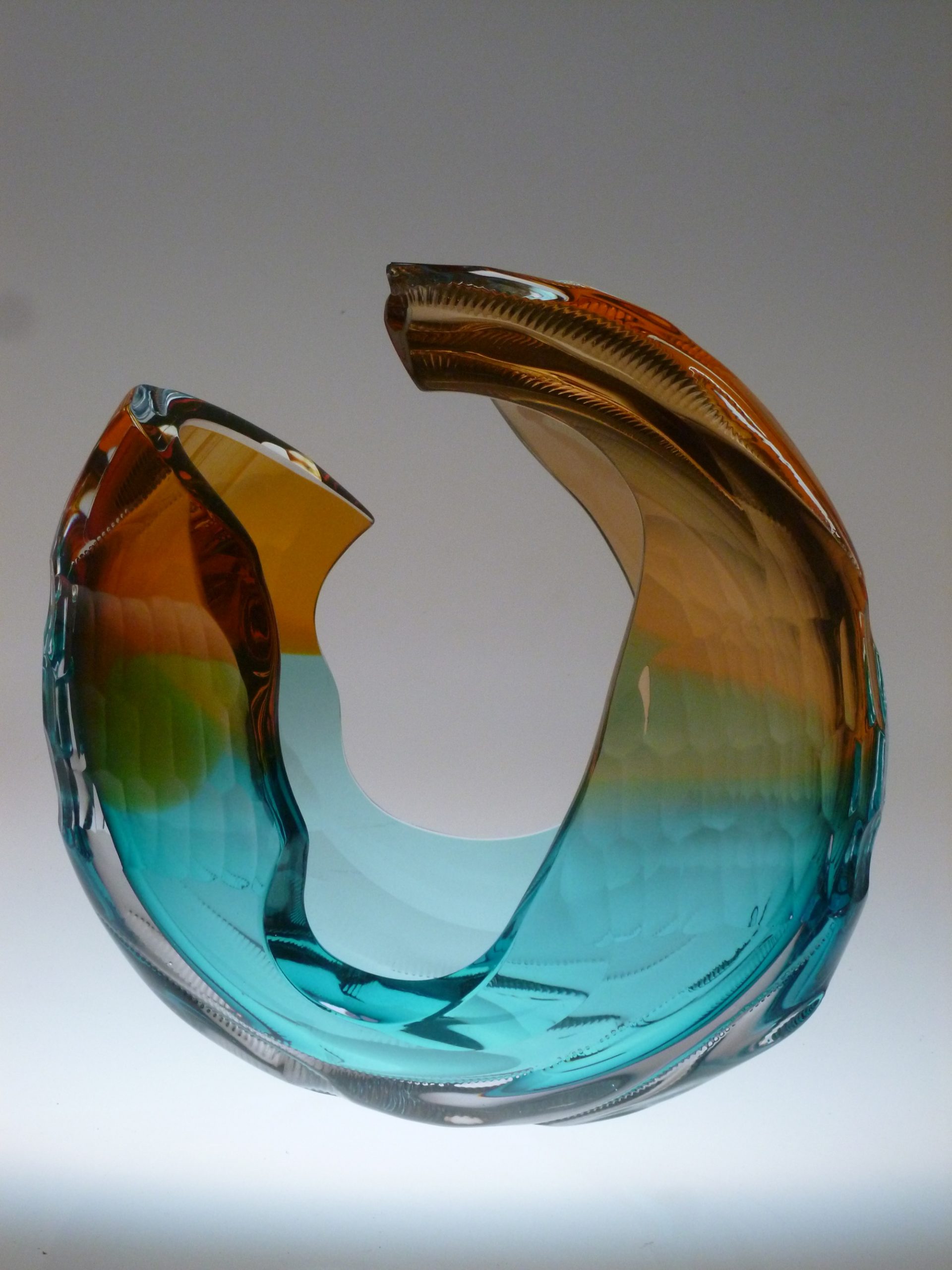 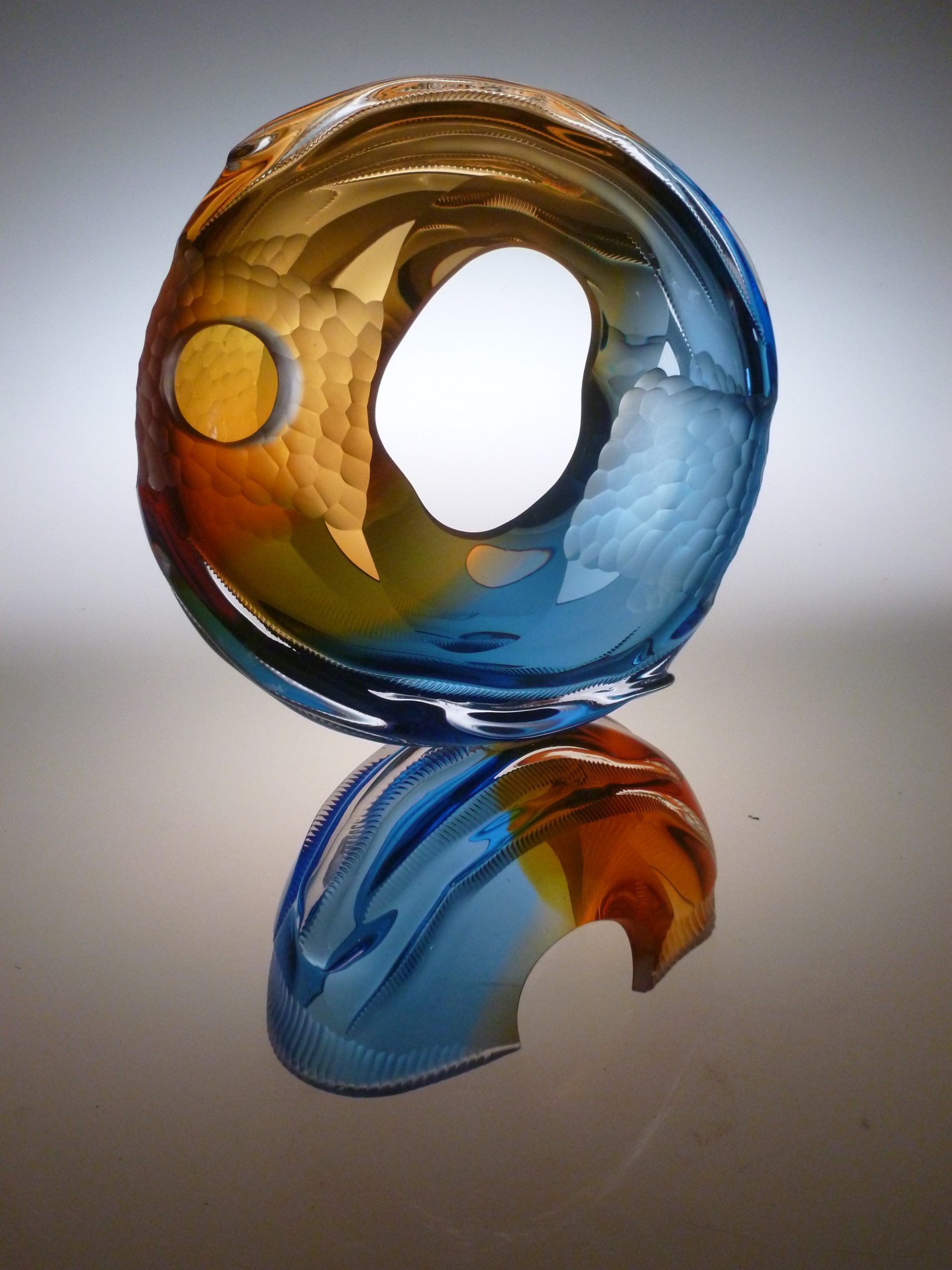 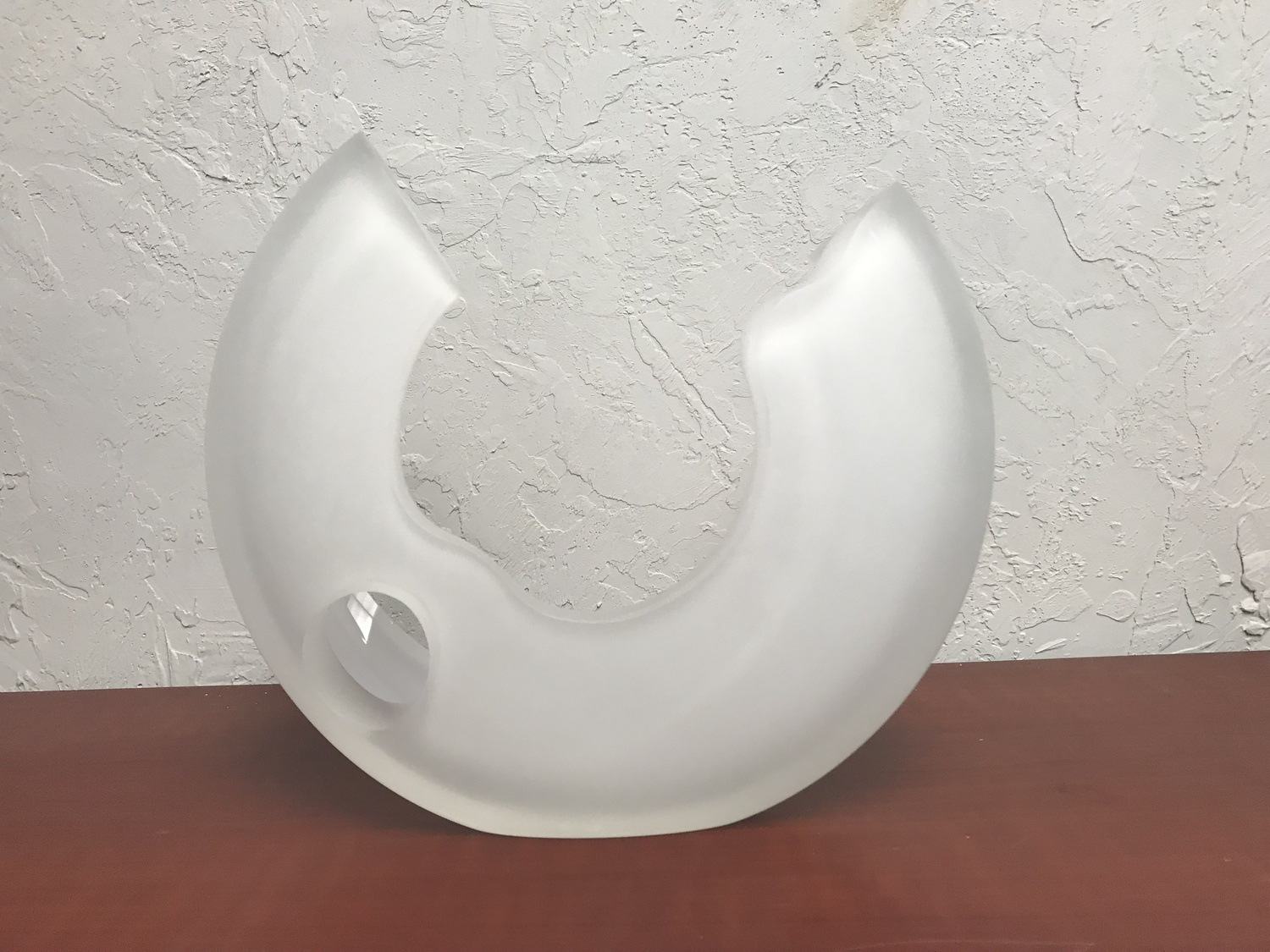