All Hail Queen Kate; On the Iconography of Alex Nuñez

Like Kate Moss defined heroin chic in the 90s pushing a hoard of Amazonian supermodels out of her waify way, Alex Nuñez is forcing us to reexamine contemporary art in the context of where we are today. Like the ever-present scowl on Kate’s face, Nuñez’s work is loud and multifaceted. It invades your optics but never makes contact, the multilayered textures and contrasts force you to keep examining each piece. At the same time, the ethereal movements found in the world build mental dream worlds and inspire you to look beyond what you see.

Nuñez’s work is based upon spontaneous elements that depend on the throwing and mixing on huge expanses of canvas- there is no room for mistakes. Yet destruction is also built into her creation of these enormous pieces as she covers her intricate line work, emerging like constant blue sky behind glitter primary color clouds.

Nuñez doesn’t mix her colors before she adds them to the palette, even her mixed colors remain primary, they do the work of mixing on her canvas, raw on the floor, spun straight off the roll.

Layering becomes a central element in her mixed media works. The accidental element inherent to methods of montage becomes a technique, combined with ink, a medium which always plays a role in the artist’s work. Collage becomes commentary, scrawling intricate lines of ink likes veins that form the excesses found in the contemporary in which Nuñez’s work intervenes.

Layered textures of blues, purples, and golds- the artist known for her incorporation of glitter into the majority of her work. In a serendipitous nod to her contemporary take on old school glamour, the artist is currently doing a residency at the Deering Estate in Miami. On the sprawling seaside estate, the artist is creating her signature enormous raw canvas masterpieces in an early 20th (FC) villa. The titles, always cheeky, are also evocative of her geography – I Ran to the Ocean and Never Went In & Feeding Frenzy.

Since moving home to Miami from Soho three years ago, Nuñez’s work invokes the themes of South Florida more explicitly- the intense color, lush foliage, gold elements- the mesmerizing crystal white beaches, the deep turquoise opulence of the ocean’s depth, and the in the sunset, patterned tones and textures of pink and orange smeared just so, smatterings of silver glittering evoking the outlines of the blues around the moon or that silvery smoky haze at the edge of that line where the last of the light hits the Atlantic.

The enigma of Alex Nuñez continues to evolve, and she is forcing us to watch.

If you would like to check out our contemporary wall sculpture luxury art pieces in Mac Soho, click here. 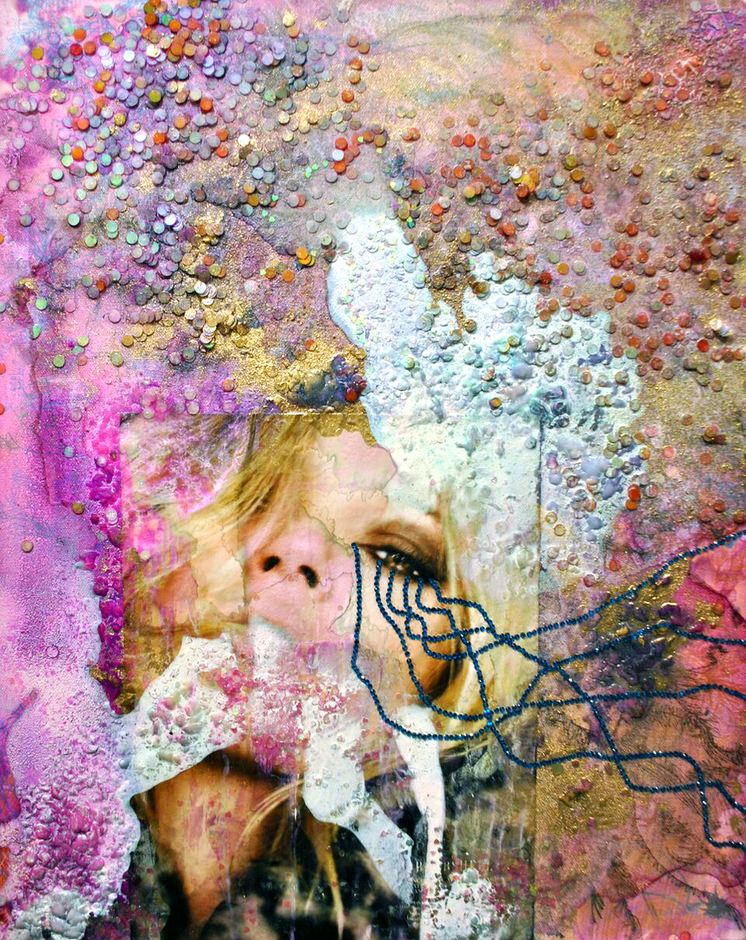